In this interview, historian Christophe RAMEIX explains why Impressionists were so fond of Moulin de la Folie, and why it was often depicted in their paintings.

Artists had been coming to Crozant since the middle of the 19th century. At first, there were many Romantic painters followed by more academic painters. They were attracted by the site’s picturesque landscapes. Later on, Impressionist painters began coming to Crozant, because it was the perfect site for using their painting techniques, which consisted in dabbing and using light colours. All they had to do to create an Impressionist painting, was to install their easels before the bridge and to capture the Impressionist proportions of the landscape : its close, light, multichromatic background and high horizon with very little space for the sky.
The main characteristic of Impressionist artists was that they painted outdoors, only allowing themselves a few final touches once they returned to their workshops. They considered this to be respecting the absolute model, painting « as I like to describe it » at the speed of light so that the effect is true and exact. With the divided touch technique and a bright palette, Guillaumin truly shattered the principles of academic art to pieces. By doing so, he attracted many other artists who came to Crozant to draw the colours of the river Creuse directly from Guillaumin’s palette. The most famous of these artists is probably Paul Madeline who was also one of the most skilful. Eugene Alliot was another example. His father lived here and was a Limoges porcelain maker and he too was an artist. Many of Guillaumin’s other fellow artists came here as well. “Le Moulin de la folie » (or « mill of madness ») is in its original state. The only thing that has changed is the vegetation. The place used to be extremely rocky with huge boulders everywhere and a small torrent running through them. You can see the rocks on certain paintings, exactly as they are today. 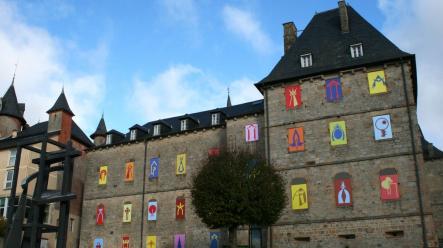 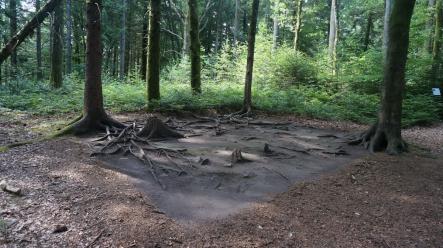