These stables were built in the late 16th and early 17th centuries. They are a testimony to the power and importance of the seigneury (pron : seen – yuh-ree) of Pompadour. Their architecture is typical of equestrian seignorial dwellings, one of France’s only examples that can still be seen today, Les cars castle being another example. On the ground floor, there is a large vaulted nave, which can contain 44 mares and their foals, with their heads tied to the wall, on either side of a central alley. The other floors are used to store large amounts of fodder and straw.
Great renovations took place in 1898 : horse boxes and a saddlery for the stud farm’s officers were built. The stables’ framework and roof were renovated; windows on the ground floor were enlarged; 6 neo-renaissance skylights were added on, angle towers and a staircase tower were built. Architect Ernest Bardon worked here, reinventing a supposed state, in the same manner as « Viollet-le-Duc ». 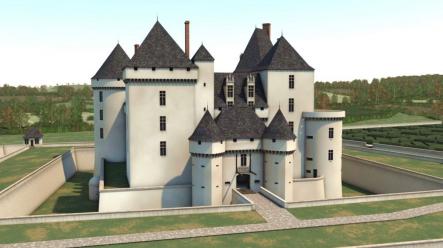 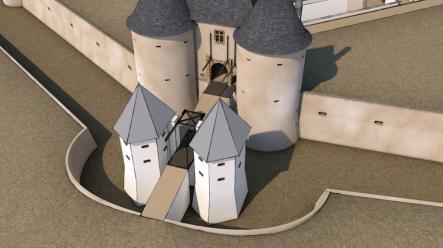