You are now in the castle’s old courtyard, opposite the stables. They are a witness to the prestige of how powerful this lordship was during the 16th century. They are typical of Renaissance equestrian architecture and are among the last few examples of stables from that era. Their architecture and decor resemble those of Villeneuve-Lembron castle in Puy de Dôme.
The building has four remarkable skylights, which can be seen from the castle. They are richly decorated. There are pilasters with round ornaments on them and pediments adorned with sculpted shells and pinnacles.
The front wall is symmetrical, with a central door that was enlarged in the 20th century. There are two small openings on the ground floor for ventilation. Their purpose was also to avoid extreme temperature changes, which would be harmful to the horses. The level where hay and straw were stored has 4 large windows. In the 16th century, the front wall was painted to imitate a stone wall. Traces of this paint can still be seen today.
Horses lived on the ground level, in a large area with a stone barrel vaulted ceiling, which was painted. It was partly destroyed during a fire in the 1950s. Its purpose was to stop fire from spreading and to avoid humidity on the building’s higher levels. The interior separation wall was added on more recently. The floor was paved with small stones to keep the horse’s hooves dry.
Current excavations have not yet allowed us to determine how exactly the stables were organized. However, the presence of a central pipe and the knowledge we have about other similar buildings enable us to suppose that horses were tied up facing the wall, on either side of the main alley.
The stables could contain up to 40 horses. 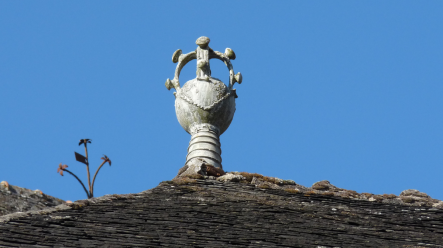 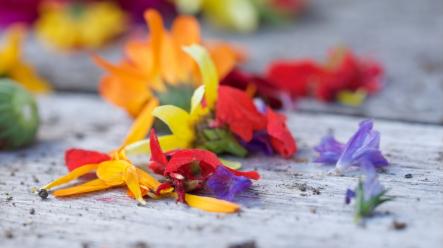