This video shows how Vassivière’s landscape was transformed over the last 150 years, the changes in farming and the construction of a dam

Vassivière’s hilly landscape on the Millevaches Plateau, seems immutable. However, it has considerably evolved since the 19th century.
Until the 1900s, the plateau was covered with small plots of subsistence grain farms. Sheep were led to the surrounding moorland and peat bogs to graze. In winter, the men migrated to large cities to find work, mainly as builders. But in the late 19th century, rural exodus was massive and permanent.

Ferns, broom and other types of bushes grew were sheep used to graze. From the 1920s onwards, these abandoned plots became part of a reconversion project, and spruce and Douglas trees were planted for the wood industry. This intensified after the Second World War.

This reforested landscape, a distant reflection of a forest that centuries of industrialization had erased, changed again in the 1950s when Vassivière’s hydraulic dam was built. This gigantic reservoir flooded the Maulde basin, swallowing up 8 hamlets and 3 mills. In the middle of the artificial lake, what was once a hill formed an island, which gave its name to Vassivière. A footbridge was built to connect the island to the land.
Vassivière’s water sports facilities enabled tourism to develop around the lake. It is a preserved site thanks to a French law called “mountain and waterside law”.
Although the lake is artificial, it follows the contours of the land and seems natural. The combination of water and forests gives the wilderness, which often reminds visitors of Canada, a contrast between shade and light, described by landscape artist in his “Drink the lake’s water” charter.
The landscape is an inspiration for artists who come here to create. 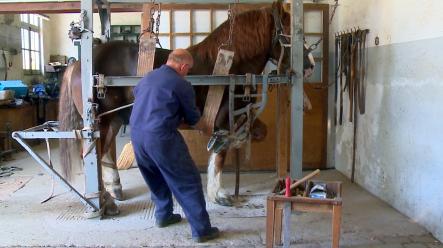 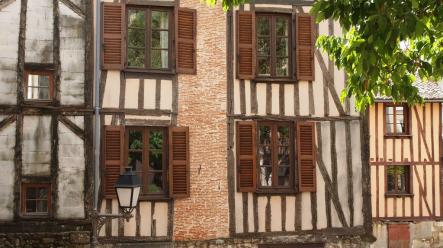