Saint Jean hospital and its chapel

You find yourself in front of two of the oldest buildings in Montignac: Saint Jean hospital and its chapel, which became a church before being deconsecrated. Discover these two buildings in this audio series.

Saint-Jean hospital and its chapel were built towards the end of the 14th century to house the poor, the elderly and the outcasts. It fell under the protection of the Brenac parish on the left bank of the Vézère river.

Set ablaze during the Wars of Religion, it continued to be used up until 1758. Its functions were therefore transferred to the convent of the Order of Saint Clare, which was more spacious.
It was turned into a police station in the 19th century and is now a tourist office and the Eugène Le Roy museum.

The building’s arches support a corridor that is accessed by a balet, which is and external stone staircase covered by a canopy. Upstairs, six rooms still have their original fireplaces and sinks.


As for the hospital’s chapel, it was extended in the 17th century to become the Brenac parish church under the patronage of Saint Georges. In 1791, when Montignac and Brenac were brought together, it lost its status and was deconsecrated.

Today, it is used as an exhibition hall. 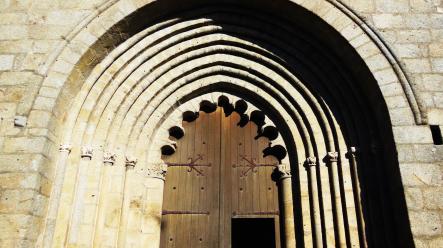 Inside the abbey church
Thematic
Religious heritage
See all the steps