The original Lascaux IV cave and its reproductions

In this clip, we discover how the preservation of the original cave was endangered and what solutions were found to give the public the opportunity to once again see this exceptional collection of painted and engraved works by our homo sapiens ancestors.

If Montignac did not have the Lascaux Cave, it would simply be a tiny village among the many others in the Périgord Noir region.
Everyone is well aware of its value as a tourist destination. Development works made it possible to open the Cave to the public in 1948. However, little did anyone know that when this development was carried out it destroyed the system that allowed the Cave to be preserved. The climate of the Cave changed and the phenomenon resulted in two minor afflictions: the first, which was quite spectacular, was a growth of algae and micro-organisms on the walls, creating a green curtain. The second, which was more insidious, was a white mould that could have led to an increase in calcite and the creation of small white carpets across the paintings. For this reason, the Cave was closed in 1963 by André Malraux, though the aim was to eventually reopen it again. But this did not happen and we gently warmed to the idea of a copy. However, this was to be a long story and ultimately it was the Dordogne region who took up the project between 1976 and 1978 and saw the work through to the completion of Lascaux II between 1978 and 1983.
In 1983, there was a trial opening, which was a success no one had dared hope for! This success has continued despite the fact that there are also now Lascaux III and Lascaux IV. Lascaux II is still open and still attracts visitors.
Lascaux II is a reproduction of just one part of the Cave: the Hall of Bulls and the Axial Gallery, which are the main painted galleries. The aim of Lascaux III is to show the righthand gallery of panels and, in particular, a gallery that has a huge number of engravings, even though we are in a painted hall. It is interesting to note that at Lascaux there are more engravings than paintings. We are familiar with the paintings, some 600 of them, but there are more than 1,500 engravings. Ultra-light walls have been created, which have the advantage that they can be slid onto a plane and transported around the world. Though this is just Lascaux III that is the jet-setter.
This brings us to Lascaux IV, which exists both as the result of this story and for another reason, i.e. to preserve the real Cave, which means preserving its environment. And as Lascaux II brings a significant flow of visitors close to the real grotto, this could cause problems. Therefore, the hill was protected and Lascaux IV was created at the base of the hill and is a reproduction of the entire Cave in one, including Lascaux II and Lascaux III, which is what visitors can go and see today: the entirety of the Cave, plus an information centre on prehistoric art. 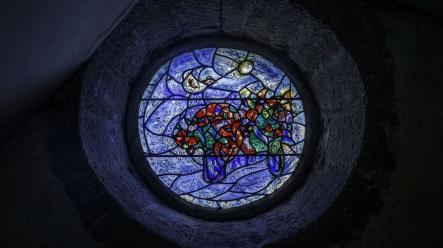 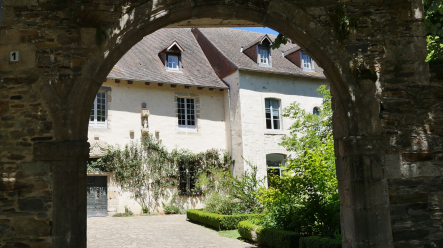