Now we stop for a few moments for the story of the former convent established in the 14th century for the Order of Saint Clare.

In 1212, the Order of Saint Clare was founded by Clare of Assisi. The nuns of the order became established here in the 14th century, likely thanks to a donation of land by the lords of Montignac. The nuns then built this convent and lived here until 1757, when they left to establish the order in Sarlat.
The marquis of Hautefort then negotiated with Guyenne Tourney’s steward for permission for the Montignac community to acquire the building for conversion into a hospital. The former gardens became what is now place de Tourny.
The convent and the church that extended the buildings to the west are no longer there today. The current church dates back to 1830 and the south wing was added in the 19th century in a style in keeping with the existing one.
Aside from the other buildings, which housed a nursery school until 1901, the group of buildings remained in use as a hospital until the mid-20th century.
Since 1974, the buildings have housed the Louis Aragon socio-cultural centre, which includes Montignac’s library, cultural centre, treasury and community medical centre. 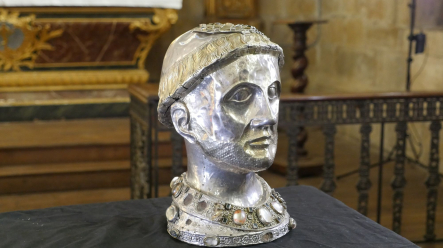