The history of Rue Saint Jean is closely linked to that of the Sallandrouze family, who commissioned the construction of several carpet factories and impressive employer lodgings. Discover two of the large manor houses, generally known as "châteaux", located in this street alongside the most recent buildings of the Sallandrouze factories which are still in existence today.

The history of the Saint Jean district is closely connected with the Sallandrouze family. The family commissioned the construction of several carpet factories in the area from 1840 onwards, as well as some imposing employer’s lodgings.

Villa Saint Jean is precisely one of these impressive residences, built in the 20th century to house the Sallandrouze family. The pediment and several parts of the façade are decorated with vegetative patterns using polychrome ceramics. It is now used to house the offices of the French company EDF-GDF.

The industrial complex situated at number 21 in Rue Saint Jean is characterised by its succession of saw-tooth roofs. It occupies the site and some of the former buildings of the former carpet factory, Sallandrouze Frères, built prior to 1885 and partly demolished by German bombs in July 1944. The factory was rebuilt in 1948 with the addition of new workshops. In 1996, it became the Manufacture Royale du Parc, in reference to the former name of the royal manufactory bestowed upon the workshops of the town.

The Sallandrouze residence, locally referred to as a château, was erected in approximately 1890. The manor house draws inspiration from the style of Louis XIII through its use of brick and stone and its detailed external decor, such as pedimented dormers. The metalwork on the gateway is hallmarked with roundels bearing an S, the initial letter of the Sallandrouze family. 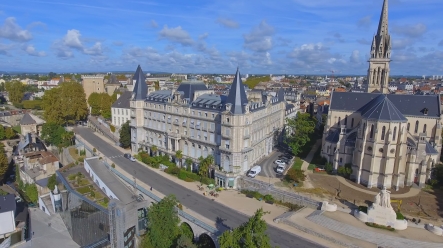 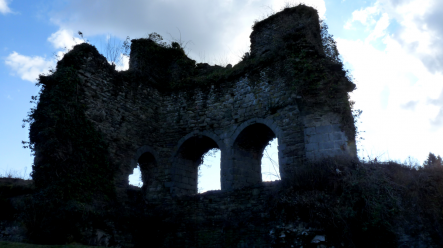