Development of the resort town

Explore here the particular way of life in a resort town between the 19th century and the start of the 20th century through this interview with Cécile Devos, a researcher with the cultural heritage inventory for the city of Pau.

"This resort town became home to large hotels for travellers, which were scattered around the centre and originally built as luxury accommodation. Such hotels included the Grand Hôtel Gassion, the Grand Hôtel and the Hôtel de France, which were built in the second half of the 19th century for wealthy guests wintering in Pau. The winter season was the busiest on account of the mild climate at this time of year in this part of France.

Pau boasted leisure facilities that the town hall had put in place specifically to attract such tourists: casino, bandstand, theatre, concert hall, ballroom—all designed to welcome this particular social class and offer activities tailored to its way of life. There was also no shortage of places to go for a chat or a stroll. In those days, when you stayed in a resort town, it was important to walk around and be seen.
There were also guest houses that let out apartments and property owners who let out small villas that they had built specifically for letting out in winter.
The most privileged groups, or perhaps those who were most in love with Pau, even built their own villas on their land.
Villas sprang up in the centre as well, with all their attributes: a beautiful building, a park, a garden... though perhaps on a smaller scale compared to villas outside of town.

Villas built in the suburbs, on the outskirts, boasted much vaster grounds, larger parks, more elaborate gardens, a view, and a landscape that was a little different and occasionally amplified through further acquisition of land, or the design of an architect or a landscape gardener.

Most villas had adjacent stables, which made it possible to keep horses at one’s residence, along with the staff to care for them—the grooms. Daily activities included horseback riding and fox hunting, but also rides in horse-drawn carriages, which were seen as a sign of wealth that needed to be shown off. People would bring out their carriage, take it for a spin around town, and then park it back in the garage in front of the villa." 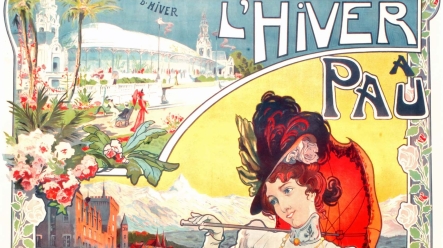 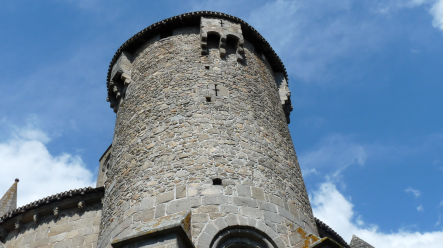 The fortified tower
Thematic
Habitat and fortification
See all the steps