This film unveils the secrets of how Limoges porcelain is manufactured. Jean-Paul Tarrade, the director of LS Art et Création, invites us on an unprecedented tour of the oldest Saint-Yrieix production site still in operation.

A true bridge between the past and the present, the Limoges porcelain factory, La Seynie, founded in 1774 in Yrieix-la-Perche, is still in business today and operates under the name LS Art et Création. In light of global competition and ever-changing consumption patterns, in recent years its production, initially intended for tableware, has shifted to contemporary design. The brand makes its know-how available to artists, who create original porcelain creations. It also supplies products imagined by designers to Michelin-starred chefs at high-end venues.

"The steps involved in producing a porcelain object are as follows:

First, the body of the porcelain is modelled. Modelling is a technique that requires passion, experience and, of course, technical skills. The model can be made based on a sketch, inspired by a new design, or can reflect the moulding of an existing porcelain product.

The second step is making the production mould.

The third step is casting in the production mould in order to reproduce the shape that was modelled. When I say casting, I mean pouring what is known in the porcelain world as a slurry, kaolin combined with feldspar and quartz, mixed with water, into the mould. In short, it’s a liquid paste.

When the crust inside the mould has been formed, the excess liquid is drained from the mould. Once a sufficient amount of time has passed, you can proceed to demoulding.

Demoulding involves removing the piece and letting it dry.

The sixth step is finishing. What does finishing involve? It means removing any traces left by the mould on the casted shape.

After the finish comes the first firing. The temperature should be around 900 degrees, which will give the fired item a solid consistency.

Then there are two options. The first option is to keep it unglazed for the final firing, which will be at around 1,352 degrees. Fired but unglazed pottery is called “biscuit” porcelain. The second option is to glaze the item, which means there will be another operation to perform.

This process involves dipping the item in the glazing tray.

Next, you place it inside the baking furnace, where a phenomenon called refraction takes place: the item you put in will come out 14% smaller, in a completely uniform way.

Afterwards, the item must once again be inspected. This is because firing the clay at high temperatures often leads to imperfections, which requires sorting. The step is important because you must determine the choices that will be offered to end customers. At this point, the product can either be sold in white, directly glazed or unglazed, the latter being the so-called “biscuit” version, or you proceed to the decorating stage.

During the last step, and of course depending on the items to be made, the decorating technique must be carefully considered. This is important because depending on the pigments used, the item may need to be fired two, three or even four times. As you can see, there are many operations to perform before obtaining the finished product. " 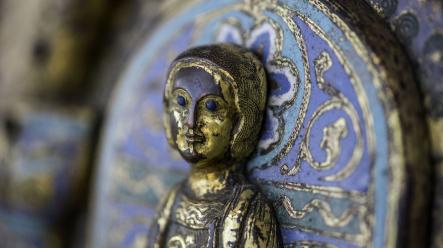 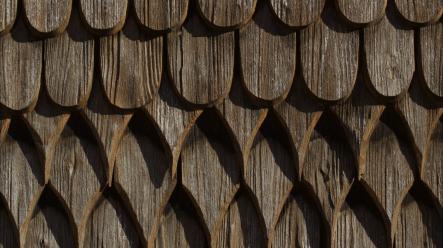 Chestnut shingle-making
Thematic
Activities and landscape
See all the steps