This video takes you on a discovery of the oldest civil monument in the town of Saint-Yrieix: Plô tower. CGI reproductions show its interior structure and different functions during the medieval period.

The Tour du Plô, built at the start of the 13th century by the Viscount of Limoges, is the oldest civic monument in Saint-Yrieix-la-Perche. The tower was a symbol of the lord’s authority and power over the city and helped protect its inhabitants. The provost exercised his law enforcement and judiciary powers from the oval plaza at the foot of the tower. The name of the tower refers to this position: “Plô” means “small plateau” or “place at a high position” in Occitan.

The tower is built from schist slabs, has four levels, and stands 24 meters tall. The ground floor, without any windows onto the outside world, served as a prison. The tower entrance is located on the second level, 5 meters above the ground. The third level, equipped with latrines and a hoarding, was used by the Viscount of Limoges when he visited the city. The top level was used to keep watch.

The wall overlooking the bell tower of the Collegiate Church had no openings, probably due to the rivalry between the Viscount of Limoges and the cathedral chapter. After they reconciled at the end of the 15th century, the Viscount sold the tower to the canons, who let it fall into disrepair. The roof and interior flooring collapsed. At the start of the 16th century, the city became more densely populated and houses were built around the tower.

In 1994, the commune of Saint-Yrieix-la-Perche bought the structure, which was listed as a Historic Monument four years later. As part of a restoration program stretching from 2019 to 2020, the city is restoring the masonry that was once on the top level and is crowning the tower with a covered terrace so as to offer a unique viewing point onto the city. The project also includes building an inside wooden staircase to allow access to the platform. 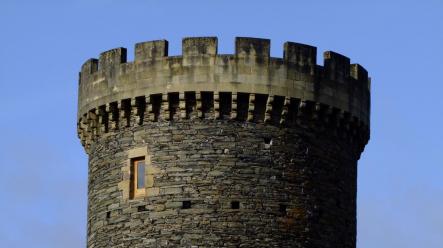 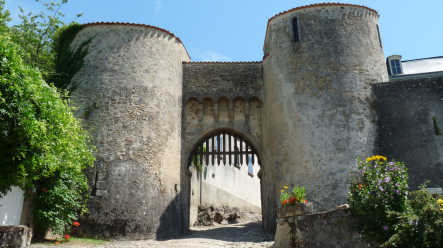