In this area, which was strongly affected by Protestantism, the Wars of Religion were particularly devastating for both sides. Look over the images of this complex and turbulent history.

Despite Francis I’s wish for tolerance, tension grew between Catholics and Protestants from the 1530s. This led to the start of the French Wars of Religion in 1562 and a long list of acts of violence committed by both sides.

In the Mellois area, the royal abbey of Celles-sur-Belle, which was a local symbol of Catholic power considered to be corrupt, was destroyed by Protestants in 1568. Nine years later, Melle Castle, a Protestant stronghold, was demolished on the orders of King Henry III.

On the other hand, the latter restored La Mothe-Saint-Héray Castle, where a meeting was organised in 1582 in an attempt to calm the conflicts. This included his mother, Catherine de’ Medici, a supporter of tolerance, the Protestant Henry of Navarre (the future Henry IV) and local lords. However, the mediation attempts failed. Four years later, Henry of Navarre attacked Exoudun Castle, which he took back for the Catholic side. In 1598, now the King of France and a convert to Catholicism, Henry IV promulgated the Edict of Nantes, which authorised Protestantism and established a temporary peace until his assassination in 1610.

Under Louis XIII, Richelieu was able to demolish numerous Protestant strongholds. Exoudun Castle was flattened and stripped of its defences.

The abbey at Celles-sur-Belle was rebuilt between 1661 and 1676 as the Catholic powers showed their strength again. Its church was re-established in its original size, while the new conventual buildings and the stately doorway displayed the ambition of the Counter-Reformation.

In 1681, spurred on by Louis XIV’s policies that were extremely hostile towards Protestantism, the steward of Poitou, René de Marillac, sent armed companies to forcibly convert Protestants. More than 38,000 people in Poitou renounced their faith. These forces were known as Dragonnades and were deployed broadly across the entire country. The Grand Ry area, in Prailles, still remembers one of these incidents of persecution. 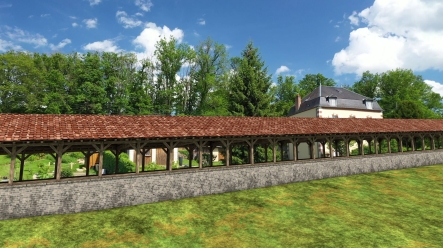 The entrance of the ancient thermal baths of Evaux 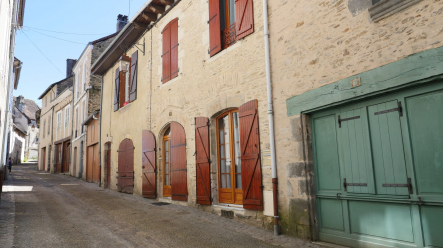