The many Protestant churches in the Mellois area, as well as other more subtle indicators, show the significance that the reformed religion continued to have in the area after the end of the dragonnades policy.

As proven by the existence of this church in the La Mothe-Saint-Héray town centre, Protestantism in the Mellois area managed to survive royal suppressions.

The rural location of the area, alongside its wooded and hilly landscape, made it possible for Protestants to practise their faith there well away from view. The empty paths provided discreet routes to take to worship meetings, also known as “meetings in the desert” (“assemblées au désert”), that were secretly organised in the woods. They carried lamps with opaque sides so that the light was easy to hide, allowing them to hide in the night. Portable pulpits were brought in separate pieces and assembled there for the preacher. To avoid Catholic spies, access to these meetings was limited to those who held méreau tokens, which were a sign of recognition.

In the 19th century, after the definitive calming of tensions and the inclusion of religious freedom in the Constitution, a number of churches were built in the Mellois area, where 8 out of 10 residents were Protestant.

All these buildings are very sombre, both inside and outside, in keeping with Protestant ideals. The liturgical furniture is very simple and decoration is practically non-existent as priority is given to words and singing. The windows are large to allow plenty of light, making it easier to read biblical texts.

In Beaussais, the ancient Romanesque church, which was converted into a Protestant church in 1803, now houses part of the Musée du Poitou Protestant (Poitou Museum of Protestantism).

Many family cemeteries remain on private ground. They tell of the sad era when Protestants, who worshipped secretly and were stripped of their rights, especially after 1685, had to hide their dead in gardens outside of official cemeteries.

Another symbol of Protestantism in the area is the umbrella pines, which are traditionally associated with the reformed religion and were planted after the Revolution to symbolise rediscovered freedom. 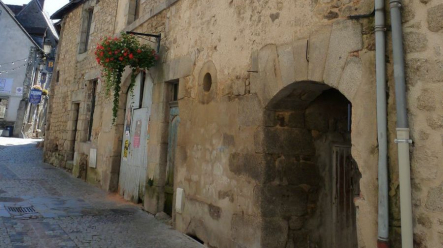 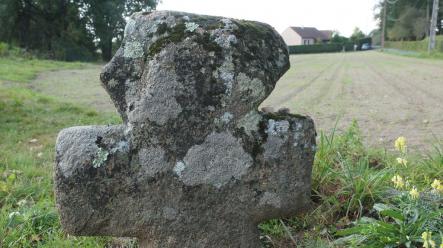