This stone lintel is the remains of a Gallo-Roman headstone. Follow the thread of Gallo-Roman settlement in the area to see where it takes us along an imperial road... Animations and CGI images will take you on a journey through space and time.

This sculpted stone, used as a door lintel in Melle’s Saint-Hilaire church, would have originally been part of a Gallo-Roman headstone, like the two examples preserved in Poitiers museum.
In the Gallo-Roman period, between the 1st and 4th centuries AD, an imperial road connecting Poitiers to Saintes crossed through the Mellois area.
Of all the excavations carried out in the area, it is along this route that archaeologists have discovered the most ancient ruins, particularly a road marker at Brioux and a wooden bridge at Sainte-Soline. In Rom, they excavated several sections of a Gallo-Roman conurbation.
Rauranum was a stopover town for merchants and all types of travellers who followed the imperial road. At one of the main crossroads, they could stop and eat in the commercial quarter. This large building, with Tuscan columns and decorated pillars, housed several shops and artisans’ boutiques, which likely included a butcher’s.
About 100 metres away was a thermal baths, probably open to the public, where travellers could take some time to wash and relax.
On the other side of the imperial road, the artisanal quarter was dedicated to working in iron and bronze, in addition to bone and leather. This building, the placement of which has been well established, included a stable, a forge and a workshop, where it was possible to repair pieces of harnesses, among other things.
To the south of the town were several temples, called fanum, for honouring the gods.
We also know that the Latin poet Ausonius, private tutor to future emperor Gratian, had a residence in Rauranum.
Although the ruins of Rauranum are buried today, the ancient objects discovered on the site are on display in the Rauranum museum in Rom, with an explanation of day-to-day life in the area during the Gallo-Roman period.
In an odd turn of history, the residents of Rom are now known as Romains (Romans). 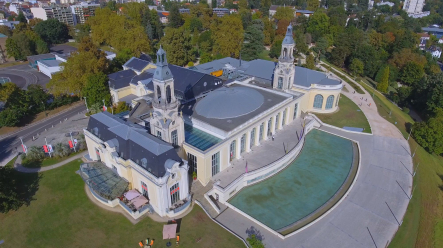 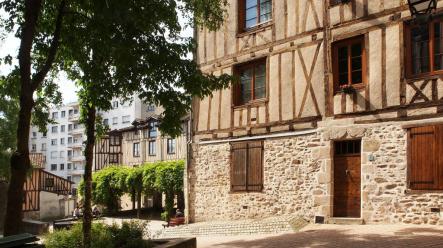