Watch this video and explore how the town grew up around the abbey in medieval times, then beyond the walls, around the old Viscounts castle and the suburbs.

Beginning in the 11th century, the town of Meymac grew up around the Benedictine monastery, which in the 12th century later became an abbey. This first medieval village became the lower town which, to this day, is made up of densely packed dwellings.

It was protected by a fortified perimeter wall and guarded by 4 gates, of which at least two were flanked by a tower. You can still see traces of the old fortifications. Outside the walls of the town, protection was also afforded by the Luzège river which had been rerouted to form a broad channel. In addition to their defensive function, the fortifications also made for an excellent quarantine boundary. This meant that in 1458 guards could be posted at the town’s gates to deny entry to any travellers coming from areas infected by the plague.

In the lower town as it stands today you can still see beautiful examples of Medieval architecture. This house is partially half-timbered. This sort of overhanging annex was built out of lightweight materials (wood and clay earth) in order to increase the size of houses in areas with limited space. These extended houses take up the entire width of the street and form a covered passage. This is known as an archway structure.
This house has preserved a supporting lintel and the side walls of a mullioned window, while the neighbouring house has an ogee tympanum above the door.

Beyond the ramparts, a suburb grew up around the castle of the Viscounts of Ventadours to form the upper town. The town hall now stands on this site. One of the houses in this neighbourhood has preserved its overhanging defensive bartizan.

In the 17th century, new artisans' districts began to appear. And from the end of the 19th and into the 20th centuries, the town developed along the main access routes. 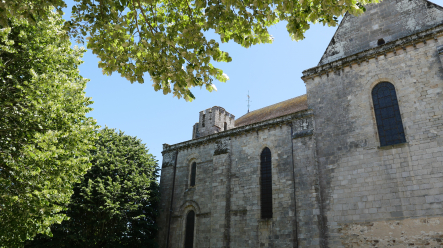 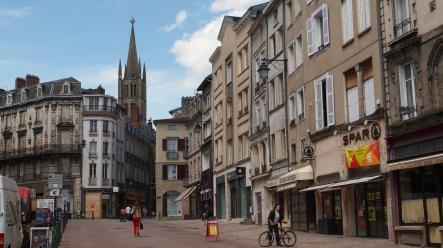