This video shows the architecture of Ségur’s houses, towers and mansions, decorated with Renaissance-style mouldings.

In the 15th century, Ségur became wealthy when a Court of Appeal was established there. Between the 15th and the 16th centuries, many houses and mansions were built in the village.

Their first exterior sign of wealth was the fact that these residences had several floors, much like town houses. Access from one floor to another was possible via a winding staircase made of local stone such as gneiss and schist. These stairways were generally integrated to the building. Sometimes, they were located in circular or square towers, protruding from the facade, most often were built at an angle of the building. These stairways greatly contribute to the charm of such residences.

On many facades, there are muntin windows or windows with simple horizontal rails. They are decorated exactly like the door frames and lintels : with moulded ornaments, namely tori and accolades or sculpted shields. The Henry the 4th House is particularly decorated and is a registered Historical Monument. One of its windows boasts pinnacles with crenated towers. Its ground floor has a large opening beneath an underlowered arch. This was a shop window which enabled the shopkeeper to open his shop onto the street. This type of fitting is present on several other houses in Ségur such as hotel Saint Laurent.

The Boyer House, like many of the town’s houses, has two half-timbered, corbelled levels. The wooden shaped Xs called St Andrew’s crosses show that the construction took place in the second half of the 15th century. The wood is remarkably well preserved and some parts are even sculpted. 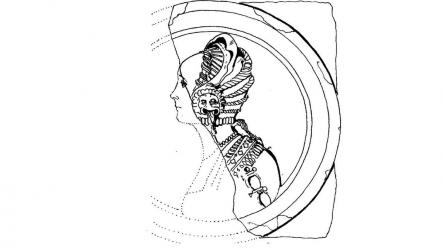 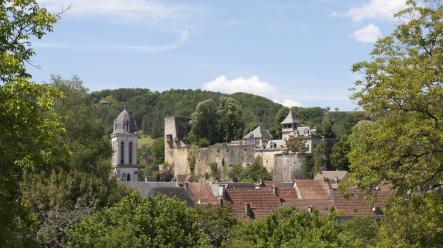