The large Puy Marmont area was the castle’s vegetable garden. In the 19th century, it was transformed by the National Stud Farm to become: stables, a riding school, a forge and an honorary pavilion. Here we present the site and its evolution.

The Puy Marmont site is located where an old vegetable garden and the castle’s old Puy Marmont smallholding used to be. In fact the site is named after the smallholding. In the 1830s, Pompadour’s director Antonin de Lespinats, rationally reorganized and modernized the entire Pompadour estate. Puy Marmont became a branch of the stud farm. To do so, Lespinat purchased the neighbouring property and had the path to Ségur displaced. In 1835, two stables were built, including the « infirmary », which can still be seen today. The vegetable garden, which was 1 and a half hectares large, became a riding arena for horse training.
The buildings you can see today were built in 1876, at a time when national stud farms were expanding, at the instigation of Pompadour’s director, Henri Donnet de Fontrobert, who wanted to increase the number of stallions. Two very large stables were built on either side of a central courtyard, which was closed at the back by an honorary pavillion. This was accessible thanks to an alley with trees with a double alignment, giving almost a military aspect to the site, with its sober, classical and industrial style architecture.
The site was completed in 1884, with a new blacksmithery including a forge, as well as a riding arena and a “drafthorse stable”, behind the honorary pavillion.
Many adjustments have taken place regularly since the 1970s : a riding arena with laminated timber framework, as well as several sand arenas. Thanks to these modern facilities, and to its capacity, Puy Marmont has now become an equestrian stadium. Many important events take place here: international dressage competitions, obstacle races, Anglo Arabian breeding competitions and the young horse eventing championship, also known as the Great Week of Pompadour, in September. 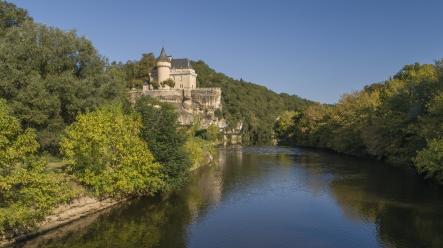 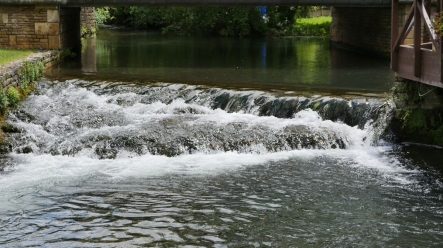