Observe and decipher the visible representations that can be found on the facade of Saint-Aurélien chapel and its limestone cross.

The modest chapel belonged to Saint-Aurélien fraternity, and is a protected listed monument. Its 17th century bulb-shaped bell-tower is covered with chestnut wood slats.
The different dates on the walls indicate its successive building steps. Notice the sculptures of St John the Evangelist and Saint Catherine of Alexandria and, on either side of the clock, the blazons of two families of butchers. The character on the front is probably Saint Aurélien.
A monumental cross carved in a single block of limestone is placed before the chapel. It comes from the old Carmes convent which was destroyed after the French Revolution. The three groups of superposed characters represent the 12 apostles. At the top, two scenes from the passion are depicted: on one side, Christ on the cross and on the other “The Outraged Christ”, which is slightly less visible. 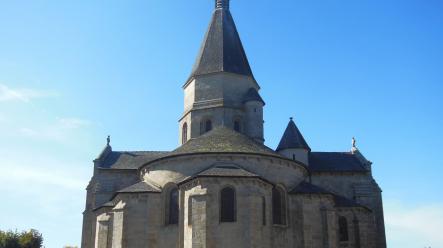 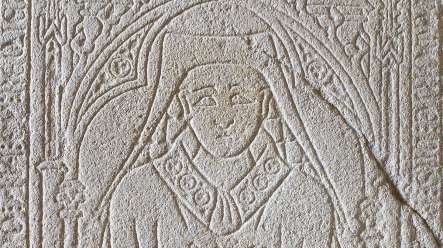