Thanks to the video and its computer generated images, discover the castle the way it was back in the late 16th century : a luxurious fortified residence. The outdoor space around the castle is also explained here.

We have chosen to introduce you to the castle of Les Cars in its final state of construction, near the end of the 16th century, after two great renovation stages. The first stage was carried out around 1520 -1530 by Geoffroy de Pérusse, who turned his ancestors’ castle into a luxurious Renaissance style residence. The second stage took place during the second half of the 16 th century and was carried out by his grandson François des Cars. He continued the work his grandfather has initiated and developed a vast defense system which was adapted to new types of artillery.
The outer wall was surrounded by a large ditch and had 5 guard post pavilions to repel the enemy. Two of these pavilions still exist today.

You are standing by one of these pavilions, which guarded the entrance to the fortress. Its ground floor was comfortable with a fireplace and crossed windows. Upstairs, there were machicolations and a shooting device enabling occupants to aim at assailants at the foot of the building. The machicolations did not only play a defensive role. They were decorated with Renaissance style friezes and had an aesthetic role as well.

Once you had stepped inside the fortress’s first entrance, you reached the artillery boulevard, a vast central reservation where moving canons around was simple. A large dry ditch surrounded the central castle. In the late 16th century, the bottom of this ditch was defended by short, small towers called “caponiers”.

The centre of the fortress measured over 1000 square metres and was surrounded by 4 towers. Each tower had a different shape : one was elliptical, one was heptogonal, one was round and the last was square. The entrance was protected by a small castle.

The castle’s base was reinforced by a low exterior wall called « fausses-braies » which consolidated the bottom of the walls and offered a path to circulate around the castle. The lower wall was an extra defense device. 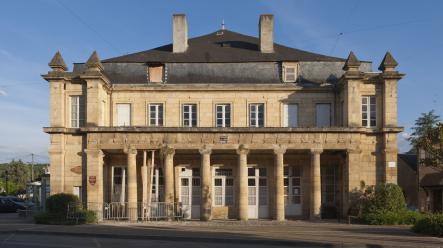 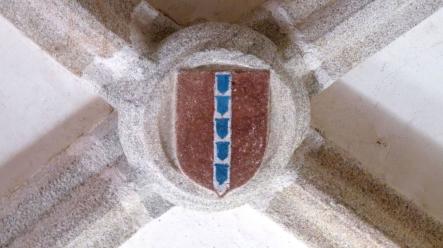