This audioguide takes you to visit the outdoor space around the castle, from its artillery boulevard where you are standing, to its lower courtyard and to the gardens behind you.

This is where the castle’s artillery boulevard used to be located. The central reservation formed a circle around the castle moat. The embankments were held up by the moats’ outer walls, which were also used as retaining structures. In times of war, canons could easily be moved around in this large space, to defend the castle in all directions. In times of peace, it was an ideal area for the castle’s inhabitants to take a pleasant stroll.
Lower to your left, was a courtyard where the castle stables are located. Several utility buildings used to exist down in the space bordered by ditches, but there is nothing let of them today.
Another closed area was also set up outside the castle walls, to shelter the castle garden. It was located behind you, southwards, opposite the great tower, next to the castle entrance. 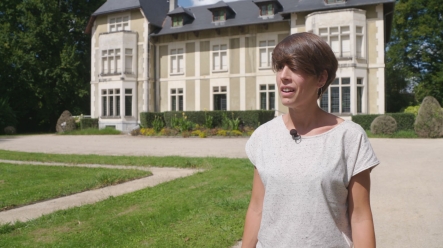 Development of the resort town 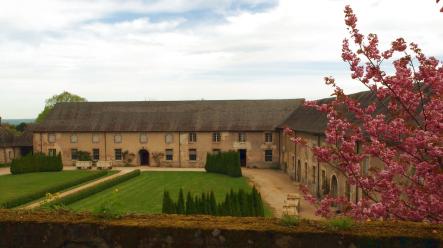 The castle gardens
Thematic
Habitat and fortification
See all the steps