The sculpture forest, an art intersection

You are standing before a piece by Andy Goldsworthy, a major Land Art artist: an opportunity to go over the main artistic movements that influenced the works in the Sculpture Forest.

Vassivière’s sculpture forest is a deeply organic collection, born from the the artists’ intuition and from the location’s paradoxes. Its aim is not to represent the great movements of the history of art. However, the influence of several main movements can be found among the collection’s 60 works of art.

In the mid 1980s, Vassivière made its place on the international scene of sculpture parks thanks to works by internationally renowned Land Art artists : Nils Udo with his ephemeral interventions, as well as Andy Goldworthy, Dominique Bailly and David Nash, who created permanent installations for the park. These second generation Land Art works come within the scope of the location, and use natural material, without the industrial dimension that marked American Land Art when it began, in the late 1960s.

The use of live material continued on into the early 2000s, with an ecological dimension that appeared with Gilles Clément’s landscape chart, and in several of Erik Samakh’s works.

Other works evoke process art, which appeared in the 1960s in parallel with land art. This movement strives to show the process of creation in each work of art. This idea remained in all artistic movements of that time period, such as Arte Povera, which aims to defy the cultural industry and consumerism, or conceptual art which places ideas before objects. But Vassivière is also synonymous with minimal art, which favours extreme simplicity, and kinetic art which contains movement.

The sculpture forest is at an artistic intersection between garden art, sound art and architecture. It triggers curiosity because it is basically unclassifiable. 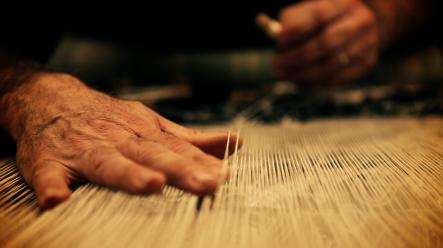 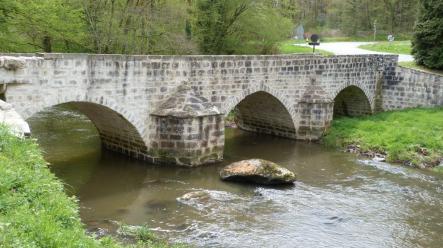 Charraud bridge
Thematic
Art and creation
See all the steps