Jacques Pérot, who applied for the « Ostensions Limousines » UNESCO registration, explains the medieval roots of this tradition. Laurent Gouneau, the town’s priest, discusses the specificity of Le Dorat’s Ostensions.

Jacques Pérot : « Furthermost, I think it’s important to say that « Ostensions » are a wonderful, typically Limousin tradition. They take place every seven years and date back to the Middle Ages, since the first Ostensions happened in the year 994. There was a very serious epidemic going on in Limoges at the time and someone thought to bring the relics of Saint Martial out. When they started worshipping Saint Martial, the epidemic ceased and it was truly an amazing event.
Ever since this event, the habit of displaying church relics developed and by the 18th and 19th centuries, a great number of towns celebrated Ostensions.»
Père Laurent Gouneau : « According to tradition, the relics of Saint Israel and Saint Theobald were worshipped in 1659. These saints were both important canonical figures: Saint Israël, was associated with education, whilst Saint Théobald, who was a deacon, was associated to the poor and the ill, whom he truly took care of. »
Jacques Pérot : « Each Ostension town has slightly different traditions. In Le Dorat, there is a strong link between the town and locations around it. Each parish displays its relics in an army-like manner. There is quite a spectacular military aspect in Le Dorat. Next, the relics are worshipped and a procession takes place in each town, whose houses are always lavishly decorated during the Ostensions. The event is religious as well as traditional and cultural. Many people are quite attached to the Ostensions even if they aren’t churchgoers, and many are not Catholic. It’s just an important part of the Limousin identity. »
Père Laurent Gouneau : « There’s a fine line between religion and culture ; and each person has their own journey. However, the Ostensions are mainly a religious and spiritual expression. Depending on each and every participant’s own personal journey, Ostensions can be about Marche and Limousin identity, as well as an expression of faith and spirituality. To me, there is a true balance and respect between the two. »
Jacques Pérot : « To me, the Ostensions could definitely be considered as an intangible heritage, as defined by UNESCO in 2003. That is why we applied to be registered on UNESCO’s intangible cultural heritage of humanity list. The Ostensions fit in perfectly with the list’s criteria, namely:
- a tradition that is extremely old, which is the case since the Ostensions are a medieval tradition.
- Secondly, a tradition that continues today, which is also the case, since towns continue to organize the event.
These celebrations are not artificial. Ostensions don’t take place if the inhabitants don’t want them to. And it’s not up to the clergy to decide. The population decides. There are also fraternities and organization committees, but it’s really up to each town to decide. Several places in Limousin gave up the tradition many years ago. But the Ostensions are still going strong and attract enormous crowds of tourists and of believers. They attract all kinds of people. »
Père Laurent Gouneau : « This year, we were blessed by the locks of Heaven» (referring to the huge amount of rain that fell in Le Dorat during the 2016 Ostensions.) 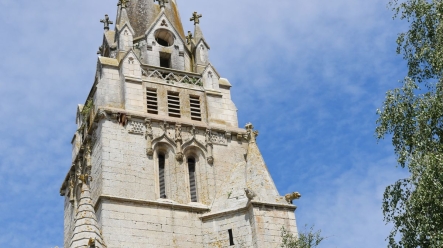 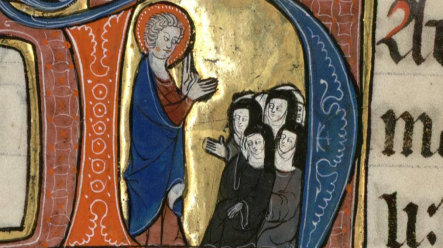