Let’s go back to the origins of Collonges-la-Rouge thanks to this audioguide : learn about the old priory and outer wall, with the fortified door you are standing before!

The name « Collonges » comes from the Latin word « colonica », which refers to a farm exploited by settlers called « colons ». These settlers were emancipated slaves who had to pay fees to a master. In the 8th century, « the curia of Collonges », which was probably a farm and a few wooden worship buildings, was handed over to the Cistercian abbey of Charroux, in the Poitou area, by Count Roger of Limoges. The Charroux monks founded a priory there, which became home to the relics of Sainte Sigolène. In no time, a group of farmers, craftsmen and merchants settled down around the priory buildings, protected by a circular outer wall. The door you are standing before called « Porte Plate » which means « flat door », was the door leading to the west side of the priory, much like the Priory Door, located a bit further, up the street. The outline of the building and the location of the two other doors which no longer exist today, have been reproduced on a plan, according to the works of historian Paul Bial. 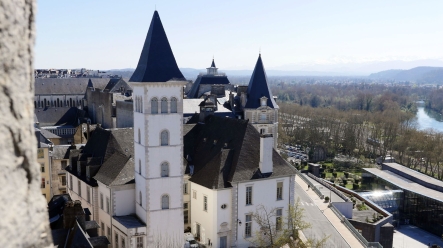 The capital of Béarn 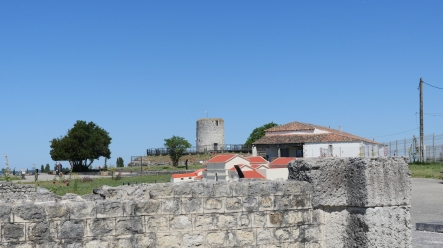