Pilgrims on their way to Santiago de Compostela played an important part in the prosperity and notoriety of Bénévent. This sequence explains the tradition of pilgrimage.

Ever since the Middle Ages, a true cult developed around the relics of Christianity’s saints. People who set off on pilgrimages, usually did so to reaffirm their faith, to ask for a miracle or even to repent. Setting off on a journey and having to walk, forced pilgrims to face tiredness, danger, hunger and cold which were considered as a type of ordeal, on the path to redemption.

The main Christian pilgrimage sites were Jerusalem, where Christ was buried, Rome, with the grave of Saint Peter the Apostle, and Santiago de Compostela, with the mausoleum dedicated to Saint James the Apostle.

Worshippers from all over France and even from other nearby countries walked the great distance to reach Santiago de Compostela. They favoured certain routes which crossed famous worshipping sites.

For example, pilgrims who followed the Vézelay route, also known as Via Lemovicencis, could stop over in Bénévent to worship the relics of Bartholomew the Apostle. They could come via La Souterraine and continue on to Limoges, stopping over in Saint Léonard de Noblat, an important pilgrimage site, or travel through Bourganeuf to reach Tulle and then Rocamadour.
Each pilgrim had his own itinerary and there was no single official Santiago de Compostela route.

Santiago pilgrims, also known as « jacquets », were traditionally equipped with a large stick called a “bourdon”, a saddlebag, and a hat with a large rim. As proof of their journey, they would return with sea shells collected on the beaches of Galicia. This explains why the symbol of pilgrimage is a scallop shell (Saint James shell in French).

Nowadays, the Camino de Santiago de Compostela is used by faithful pilgrims as well as by simple ramblers. 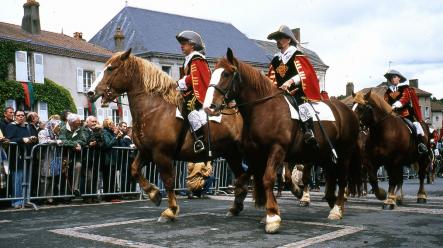 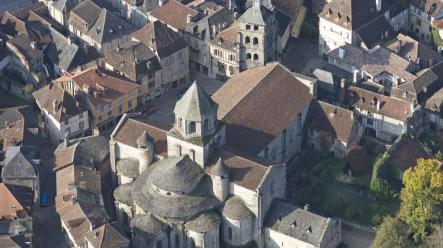