History of the abbey

Bénévent’s history goes back to 1080, when a group of hermits founded a church and a priory here, in order to live by the rules of Saint Augustine. The priory’s regular Canons took a vow of poverty, chastity and obedience, with principles of moderation and fraternal charity. They were placed under strict dependency of Limoges cathedral’s Cisterician bishop and Canons, who gave them the land in order to build their priory upon it.

Saint Bartholomew’s relics were donated to them by the Italian town of Benevento in Campania. Bénévent’s name appeared as a reference to this event. Saint Bartholomew is one of the 12 Apostles. He is often represented holding his martyr’s knife or with his skin in his hand.

During the Middle Ages, these relics contributed to the priory’s wealth, by attracting worshippers and pilgrims, who showed their devotion by donating. The little town of Bénévent was built around this monastic centre.

In the 15th century, the priory became an abbey. Its large income came from fees it collected. Its land and woods spread out over several territories, in Limousin as well as in Poitou.

It prospered throughout the Middle Ages, but in the 16th century, was pillaged and suffered several fires, in a context of religious wars. Its income decreased drastically in the 17th and 18th centuries, as did the income of many other abbeys. The abbey’s properties became national goods during the French Revolution, and were sold to private individuals, then bought back again in some cases, by the town, in 1822.

In 1848, the town of Bénévent became « Bénévent l’Abbaye », in reference to its historical origins. 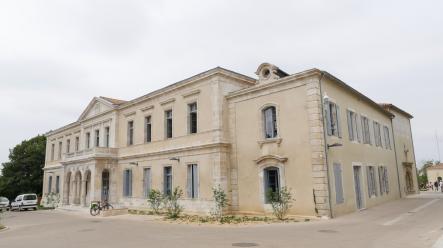 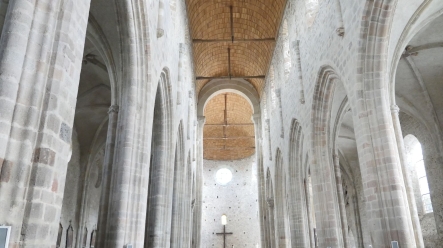