The Grande Rue was created shortly before the French Revolution. It became one of the major routes through the town of Aubusson in the 19th century. This video will shed light on the history of the street and point out some of its remarkable buildings.

The stream running through the town is hidden beneath Aubusson’s Grande Rue, but until 1770, it flowed in the open air.

Some time before the Revolution, the entire district, which at that time still had a medieval appearance, was transformed. A vault was constructed which covered the stream, and later enabled the development of the Grande Rue, which became a major thoroughfare through the town.

The Grande Rue experienced its golden age in the 19th century when it bore the traffic of the major routes passing through Aubusson.

The tower house located at number 74 is one of the oldest buildings on the street. As is customary in Aubusson, its turret features a chestnut shingle-covered cone-shaped roof crowned with a finial. The building dates back to the late 15th century or the early 16th century and was owned by the Rogiers, a family of tapestry makers, during the 18th century.

At the junction between the Grande Rue and Rue Châteaufavier stands another historical building, known as "the timber frame house", which retains its former structure and features an overhanging first floor. It most probably dates back to the 15th or 16th century. The ground floor was used as a bakery from at least the 19th century until the 1960’s.

An unusual house dating back to the 19th century can be found at number 64 on the Grande Rue. Resembling logs made from wood and other vegetables, the decor of its reinforced cement façade is a fine example of Rococo cement or rustic style.

During the late 19th century and early 20th century, Rococo cement became popular throughout the Creuse, particularly in Felletin, most likely thanks to cement masons who specialised in this on Paris building sites. Aubusson contains several other examples of Rococo decor, for example in one of the outbuildings of Château Saint Jean. 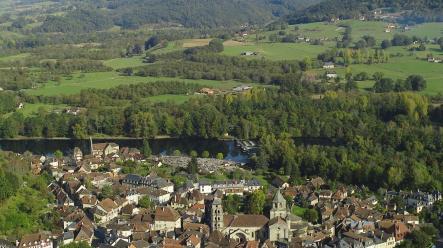 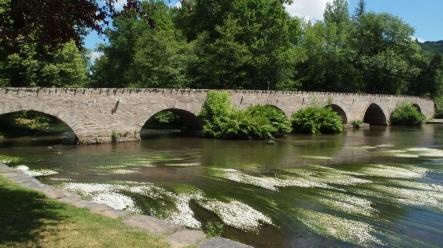