Protestantism was established in Aubusson in the first half of the 16th century. A church, which has since been destroyed, was built in the early 17th century. The entrance to the passage which leads to the church is still visible in Rue Vieille. Use this audio guide to follow the turbulent history of the contraction of this church.

At a house located at number 40, rue Vieille, you will see a 17th century porch built to provide access to the Protestant church via a passage known as the "passage du Prêche". The church was an unassuming building, scarcely taller than a single floor building.

Protestantism most likely developed in Aubusson during the first half of the 16th century, owing to the close commercial connections of the town with Lyon and Geneva. During the entire second half of the sixteenth century, Catholics and Protestants lived together peacefully.

In 1598, the Edict of Nantes finally provided the Aubusson Protestants, who until this point had carried out their services in secret, with an opportunity to emerge from their hidden life. But the church wasn’t built until 1603, as the Catholics who were opposed to the project held up the work for a significant length of time.

Skirmishes between the Protestants and Catholics increased after the construction of the church, and tension mounted with the rise to power of Cardinal Richelieu in 1624. The Château des Vicomtes, which served as a stronghold for the Protestants, was demolished on his orders in 1632.

In 1663 a decision made by the advisor to the king prohibited the practice of Protestant worship within the town and ordered the closure and destruction of the Protestant church of Aubusson. It had to be moved 500 ‘toises’ (approximately 1 km) from the last house in the town. Consequently, a new church was built on the Clermont-Ferrand road, in the hamlet of Combesaude. The church was in operation for a short time but closed its doors in 1685, just a few months before the revocation of the Edict of Nantes. 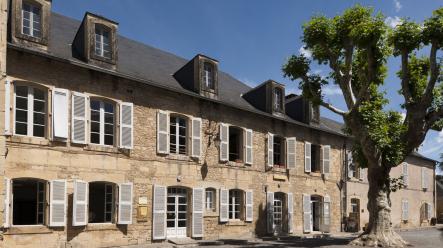 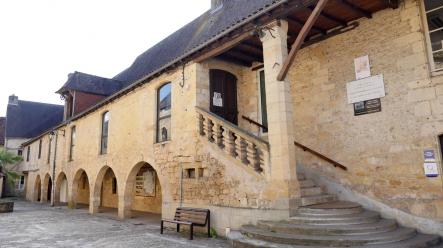