This a building that is entirely out of the ordinary in Montignac: a Palladian-style villa built right at the start of the 19th century. Listen to the story of this unusual structure.

This Palladian-style villa was built between 1797 and 1803 for Jean Sclafer-Lagorce, mayor of Montignac and local magistrate. It was the work of Parisian architect Jacques Molinos, who also created the cupola of the Halle aux blés (corn exchange) in Paris that impressed Thomas Jefferson, 3rd president of the United States. It is likely that Molinos contented himself with designing the plans for a local builder to execute.
Inspired by the Villa Rotonda, built in the 16th century by famed Italian architect Andrea Palladio, the square-shaped home has two floors that are organised around a central circular room. A double staircase leads to a gallery crowned by a dome and the main façade is decorated with a portico of Doric columns.
In 1862, the house was sold to Joseph Duchêne, from whom it takes its name. It was subsequently bought by the local authority in 1876 and used first as a boarding school for young girls and later a day school. It is now part of the Montignac cultural hub project. 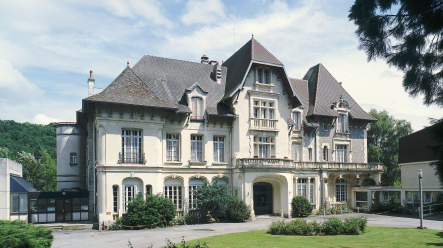 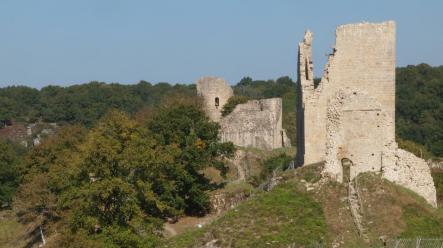