In this video, discover the structure of the fortified medieval village (bourg castral) of Montignac that was under the protection of the castle and learn how its extension outside the wall made up the foundation for the current town on the two banks of the Vézère.

Creation of a “bourg castral”

Between the 5th and 7th centuries, a village grew up close to the Vézère river and 1.5 km to the east of the modern town of Montignac and in line with the Gallo-Roman settlement of Chambon. It was here that the parish church of Saint-Pierre-ès-Liens was established.
However, this location became too exposed to attack, or flooding from the Vézère. Around the year 1000, a large part of the population had settled at the base of the Montignac castle, which offered protection due to its defensive position and fortifications.
A new church, Sainte-Marie du Plô, was built to replace the existing church.
This bourg castral (a village within a fortified wall), built between the castle and the Vézère river, was enclosed by a perimeter wall guarded by at least three towers. Three gates defended the entrance to the village: the Felets gate to the east, the Arnaudie gate to the west and the Sauveboeuf to the south, protected by an outer barbican.
A bypass in the course of the Laurence river, which is a minor tributary of the Vézère, was created to power several mills and fill a moat lining the wall of the castle and at the side of the Sainte-Marie church. It then led to the village mill and flowed out into the Vézère after passing under this arch.
The construction of a stone bridge linking the two banks of the river from the 13th century and the establishment of the Orders of Friars Minors and of the Hospitallers led to the development of an area on the left bank of the Vézère river called the “barri du Chef du pont” (Barrier of Chef-du-Pont). Other areas developed outside the walls, such as the La Place district around the current Place d’Armes to the east, the Bonbarau area to the north-east and the Beynaguet and La Combe areas to the west and north. 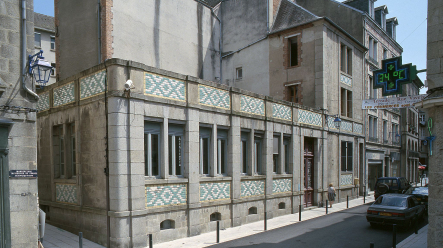 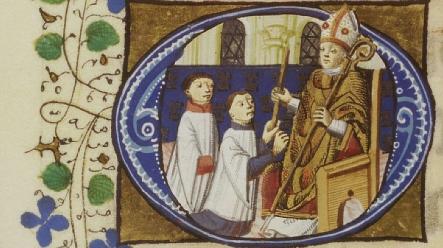